When you jump in the chair at tattoo-ole in Nyhavn you join a skided row of rough sailors.
Easy living ladies, nervous privates and even also one King in the 50ies (at Tattoo-ole) , who have been under the needle in this small room since at least 1884.
Tattoo-ole in Nyhavn 17 cellar is the Worlds oldest tattoo parlor still in operation.

The building Nyhavn 17 is from year 1670 and protected and have through times been
area of lots of different types of people.
In the old days Nyhavn was center of drunken sailors, prostitutes, criminals and other good people. It was the rough part of Copenhagen.
The tattoo parlor we can as earlier written date at least back to 1884 and maybe longer.

The tattoo parlor is recommended extremely conservation-worthy by Copenhagen Museum, but unfortunately not protected by law. It have caused that as writing this, we have a court case going on with the landlord, who want to close the tattoo parlor. He want to include the rooms in their restaurant business.

The case was won by the tattoo shop in 2019 in city-court.
But the landlord appealed for higher court, so we now wait for that to come at the 12th of February 2020. (Now postponed to 10 of March).
We are very exited to ﬁnally hear this courts word, since this have been going on more
than 3 years now.

Back in 1884 there was also tobacco shop in the shop and the tattoo part was going on
in the corner at a small table.
History says that long before that there was tattooing going on in Nyhavn 17 in the
restaurant and the other restaurants in Nyhavn there at the time were pubs.
It was not hard to get a place to tattoo in the pubs as the bar keeper had more sale on alcohol and beer as curious people came to se the tattoo going on.
It was not easy to get equipment at the time and also a special kind of people who wanted tattoos these days.
It was either hand poked or with very simpel electrical machine driven by a small battery.
The tattoo artists normally had a small wooden box for the battery
and the equipment so it was easy to carry around from place to place and do their ‘art’.
Since year 1919 the shop have only been used for tattoo parlor starting with Hans Hansen.
From there it has been going from hand to hand and never have been closed only at renovation or artists sick or vacation.

The ﬁrst artist in Nyhavn 17 we know about is as earlier written Hans Hansen and after that Peter Severin had the shop during the 20 es and tattoo-Holger in the 30 es and probably
some more we do not know about.

After that tattoo-Jack whom is still a legend took over the parlor.
He was above of his time with his nice colorful drawings and designs.
Jack and his family, wife and 3 kids lived in the small rooms there.
About 30 squaremeters at the time. It was really tight living these days in the cites.

He wants Ole to look after the shop, but Ole refuse the offer,
he wants to buy and take over the parlor.

Jack after some arguing ﬁnally give up and let Ole take over the parlor and that´s why the
shop ever since 1947 have the name Tattoo-Ole.
Ole runs the shop 41 years until 1988 where he unfortunately dies of lung-cancer
only 62 years old.
But as maybe all of Oles costumers remember he smoke a lot a lot of cigarettes so guess not so strange he got the cancer and in these days it was almost a sure dead with the lung-cancer.

Oles partner and right hand in Many years Danny Hansen takes over together with “Bimbo” (Jørgen Konsol Torstenson) that was at the time working at Tattoo-Jack in Jack’s new shop in Nyhavn 37.
The 2 of them worked together for a while until Danny choose to go back to Germany where he had been working before also and Bimbo choose to run the shop alone.

In spring 2008 a girl drops in the shop and tells Bimbo that she wants to work in the shop as the ﬁrst girl, the girl is Majbritt Petersen (lille-ole ).
He agree under the terms that if she will learn the Old-School technic and drawing
from him and Majbritt agrees this.
And they works together until 2010 where Bimbo much to early suddenly past away, only 60 years old.
Majbritt only 30 years old and with a baby 1 year old have to take over the old shop.
Now it´s really a ﬁght to keep it open and she still is and hopefully also after the court the 12.02.2020. (10th of March).

Lille Ole in the shop

It has been 10 years Majbritt have been ﬁghting for the old shop as she thinks it will be another great lost of culture for Copenhagen and Denmark, if we loose this ionic culture treasure.

One day in 2015 her friend Thomsen is so uncarefully to say, he wants to help her a little bit in the shop. Ever since things have going very well with a superstar of gods mercy around…

In Hanky Pankys tattoo museum in Amsterdam there is some things and history from the shop and in Denmark there is a lot of history and things about Nyhavn and tattoo in the “sailor and ship museum” (søfartsmuseum) in castle Kronborg in Helsingør.

Thank you very very much to the ones took the time to read this and hope it have given you interest to drop by the shop either to feel history or get a eternal memory tattooed, all are more than Welcome . 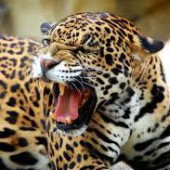 Not a costume or a character – it’s who he is