MUSIC OF THE DAY : ANAAL NATHRAKH

You want extreme, you got extreme..

I haven’t followed these guys for many years or anything.. I heard the newest album “A new kind of horror”, and was blown away.. The intensity of the the sound that hit me was sick.. And when i say sick, it is meant in a great way, but also a very describing way.. For this is extreme metal, not a fancy genre or anything, it is extreme metal, simple as that.. If i should describe it, it would be as an unholy, horror, twisted, melodic sounds of evil, that makes me feel uncomfortable and powerful, at the same time.. It’s absolutely amazing…

As i said, i don’t really know the band, so here is what their record label says about them :

When writing about A New Kind Of Horror in the record’s liner notes, Anaal Nathrakh vocalist Dave Hunt is succinct in his description: “This is not a happy album, it is bitter, vengeful, sarcastic, sardonic, violent, terrified and horrified, terrifying and horrifying in equal measure. Above all, it is human, and all that that entails. It’s as sincere as we could make it.” Those exposed to the ten tracks comprising the band’s tenth full-length will be unable to deny the truth to these words, for lyrically, musically and sonically it is a punishing listen mired in darkness and seething with raw emotion. With multi-instrumentalist Mick Kenney pushing their distinctive hybrid of symphonic black metal, death metal, industrial and grindcore ever forward, Hunt draws lyrical inspiration primarily from the horrors of the First World War, contemporary politics, and the letters of D.H. Lawrence, creating one of the most powerful, timely and unique releases of 2018. “There’s a lot that goes into our albums, of course, but it all comes about as a natural result of who we are, and for ‘A New Kind of Horror’ we felt early on that it was clearly its own thing. It doesn’t have to stand in comparison with anything, because to us it’s in a class of its own.“

One of extreme metal’s most prolific acts, Anaal Nathrakh has never struggled to find inspiration or motivation. Having dropped one of the strongest releases of their career with 2016’s The Whole Of The Law, they were more than equipped to follow it up. “There are some superb songs on ‘The Whole Of The Law’, and some really powerful, impactful themes, but we never chase what we did before,” Hunt explains. “To do that would be pointless, because you’d always be defining yourself with reference to where you were then, not freely expressing where you are now. Some bands drag their music out of themselves, and some overflow with it. We’ve got ample motivation and ideas in us to make new albums without it being a process of grinding them out. It’s more like letting them out.” Those familiar with the band will be aware that while Anaal Nathrakh possesses one of the most violent, scathing sounds in metal, period, their capacity for writing grandiose melodies is also an integral facet, and A New Kind Of Horror is perhaps their “catchiest” release to date. However, this is not the product of any kind of “masterplan”. “We work almost entirely by instinct, by a gut feeling about what’s the right thing to do. So, if we aimed for something, we’d probably end up producing something different anyway. Mick might sit down and say to himself, ‘right, I’m going to write a headbanger’, and it’d turn out to be a 300BPM blast apocalypse, because that’s just how things went once he’d got going. He can write specific stuff if he wants to, but with Anaal Nathrakh, the feel is the overriding guiding principle.“

On A New Kind Of Horror, Hunt’s lyrics are particularly poignant and thought provoking, and while the aforementioned themes drive and dominate much of the lyrical content, each song is distinct from the others. “Obscene As Cancer”, the full on machine gun attack of “Forward!” and closer “Are We Fit For Glory Yet? (The War To End Nothing)” are informed by great poems of WWI, through which Hunt explores the themes and emotions entailed in the conflict, while drawing parallels with aspects affecting the present day. “‘Dulce et Decorum est’ and ‘Aftermath’ are such stunning works, both written by men who fought in WWI. In fact the author of the former, Wilfred Owen, was killed just a week or so before the end of the war – it could hardly have been more tragic, and Larkin’s 1914 poem comes at it from a whole new perspective. Part of the point of drawing inspiration from those poems is to recognize that 2018 marks one hundred years since the end of ‘the war to end all wars’, and there are two important facets of that. One is remembrance – not in a mawkish, glossily sentimental sense, but to consider today that we must never forget the horror and confusion and loss on all sides. One of the new kinds of horror referenced in the title is the gas which was used as a weapon on that scale for the first time in WWI. The other facet is to realize that that war tragically ended very little – there are new horrors happening all the time.” Likewise, the present political climate is touched upon numerous times, perhaps most pertinently on “New Bethlehem/Mass Death Futures”. “At the time of writing, global trade wars are being threatened,” Hunt writes in the liner notes. “Russia has just unveiled a new generation of globally capable weaponry, nuclear powers have recently been speaking through world media of ‘big red buttons’, proxy wars continue unabated, and it seems almost pointless to think that a new Cold War has not begun.” In the hulking monstrosity that is “The Horrid Strife” he goes on to tear apart Lawrence’s Kissing And Horrid Strife, subverting its intended theme “as an affirmation of life as a panoply of opposing extremes” and reconstructing it as a vision in which “misery and decay predominate to the exclusion of all else.“

Tracking for A New Kind Of Horror was handled at Kenney’s Barracks Studio in Orange County, California, and as usual the two members maintained complete control of every aspect of this process. The primary benefits of this lie in giving them the “freedom to let ideas percolate, go for spur of the moment changes, and ensure that we’re in the right place mentally,” and with the duo taking time off from playing shows and with fewer distractions surrounding the recording, the results are self-evident. “Each day I’d wake up, get my head together and organize my ideas, then Mick would come over and we’d get to work. That focused approach definitely played a part in the way the album turned out, I think, and almost certainly for the better.” Though not bringing in outside musicians for the bulk of the work involved, Bleeding Through vocalist Brandan Schieppati – who collaborated with Kenney on I Am War‘s 2012 Outlive You All – adds his vocals to the chorus of the equally vicious and melancholy “Vi Coactus”, and a mysterious performer identified only as Danny the Complete Lunatic was brought in to contribute solo work. “He provided one of the most unbelievable solos I’ve ever seen on one of the songs. If I hadn’t been there for the recording – perhaps ceremony would be a better word – I wouldn’t have thought it was possible.“

While reaching a tenth full-length and twentieth year of existence are obvious milestones, neither Hunt nor Kenney are interested in reflecting on the past and the road that has brought them to this point. “When we started Anaal Nathrakh, we didn’t think it might have such longevity, but then neither did we imagine that it wouldn’t – we just didn’t think about that at all.” Having largely fulfilled their hopes and expectations for the band the first time they walked into a record store and saw their debut full-length on the shelf, their focus remains on what is ahead of them, without setting explicit goals. “There’s quite enough going on in our heads about the present and the immediate future without getting hung up on the past, and we can do without adding to it with thoughts about futures that may never happen, in a world that may no longer exist.“

Last words.. This music is not for the weak, but for the people who wants to expand their musical interest.. It is very cool, and i think it is super exciting, and sometimes fits my mood very well.. Try it if you dare, I can only recommend it.. Until next time.. Bamze 🤟🏻😈👍🏻 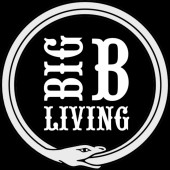 Eventyret startede i LA for over 20 år siden

Music of the day : VANIR

MUSIC OF THE DAY : JUNGLE ROT

Scorpions – Send Me An Angel